Vismo has added the compact Garmin inReach Explorer+ to its extensive list of tracking devices. Apart from owning the Iridium Extreme satellite phone, it’s one of the only few ways to have two-way communications with friends, family, and emergency services in areas where there is no mobile coverage.

Vismo’s VP Business Development, Colin Dale, recently tested the device on a 45-mile, overnight hike, on the Appalachian Trail in New York State. This is his review:

“The increased screen size of 1.75″ x 1.5″, makes it much easier to read, especially in bright sunlight or in snow fields. The device sends and receives locations and messages via the Iridium satellite network, which has pole-to-pole global coverage, so it essentially works everywhere. The GPS locations are reported back to the Vismo platform, allowing admin teams to keep track of locations and safety statuses.

The device has a panic button, which connects directly to the Vismo platform; allowing alerts to be sent to anyone, anywhere in the world, as required. The device was useful for downloading preloaded TOPO maps, which can be seen directly from the device. There is also a built-in digital compass, barometric altimeter and accelerometer. Although the menu structure isn’t intuitive to begin with and is a little complicated to use at first, once set up, it’s a straight forward device to use.” 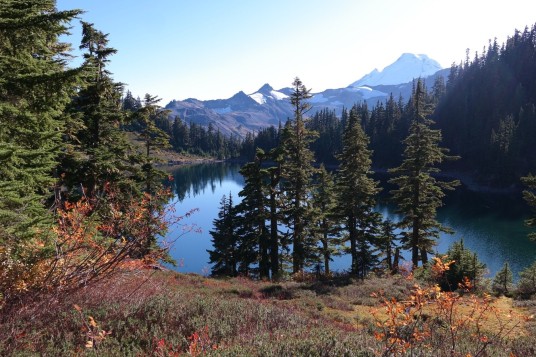 The Garmin inReach Explorer+ is great for a consumer wanting a tracking device, with global Iridium coverage. The device shows immediate locations and allows access to downloadable trail maps, while also displaying information on distance travelled and waypoints along the way.

Pros of the Explorer+

Cons of the Explorer+